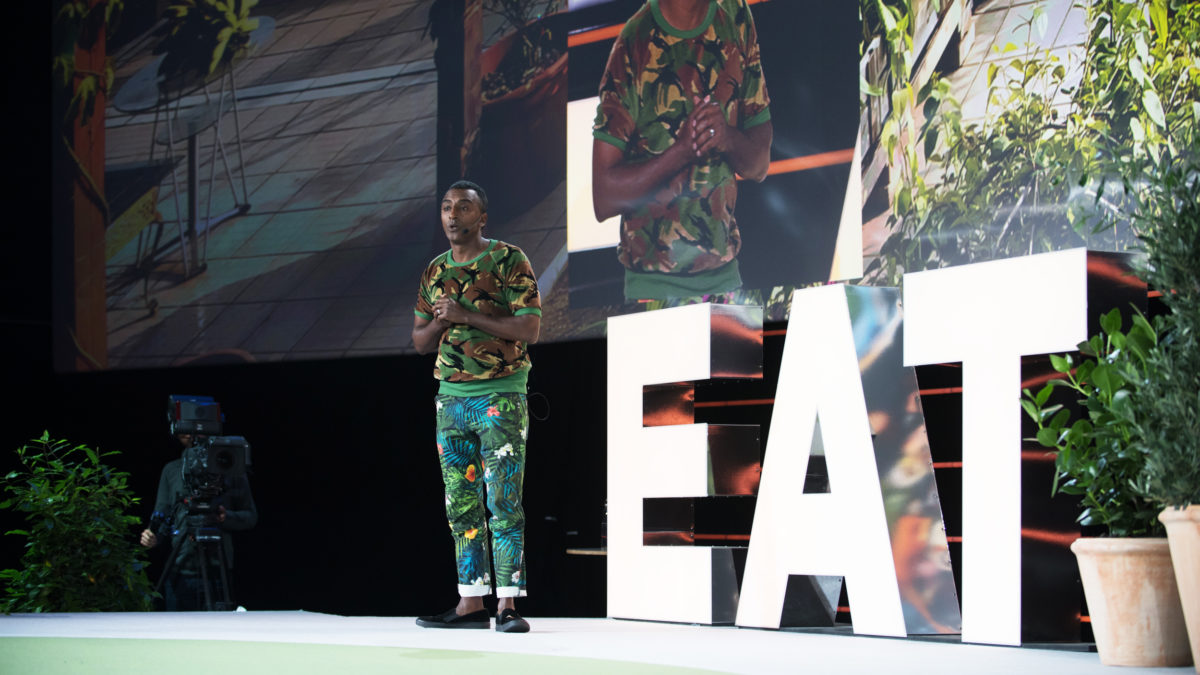 “It’s the first state dinner, with the prime minister of India, we have to present good food. Well, what does that mean?” he said in a talk at the EAT forum. “Good food means so many different things.”

At the time it meant a vegetarian-inspired meal that was a break with the White House tradition of serving French food at state dinners, according to Samuelsson. Now he encourages everyone to keep asking themselves what good food means and to consider the impact of their purchasing power.

“Are you part of the problem or the solution,” he asked.

More than 600 delegates from over 60 countries are gathered at the two-day EAT Stockholm Food Forum, which is for the first time jointly hosted by the Swedish government and EAT.

Born in Ethiopia, Marcus Samuelsson grew up in Sweden, where he started cooking at a young age alongside his grandmother, a professional chef. After graduating from the Culinary Institute in Gothenburg, Samuelsson apprenticed in Switzerland, Austria, and France before coming to the United States. In 1995, he was hired as the Executive Chef at New York’s Aquavit. Four years later, he was James Beard’s “Rising Star Chef,” and in 2003 the “Best Chef, New York City.” Samuelsson is an ambassador for the U.S. Fund for UNICEF; he also is a StarChefs.com advisory board member and serves on the board of directors of CAREERS through CULINARY ARTS PROGRAM.

EAT advisory board member and renowned world-class chef Manal Al Alem and Gunhild Stordalen cook up a tasty lentil and pumpkin stew. You can find the recipe for this affordable and delicious Planetary Health Diet-aligned dish below.