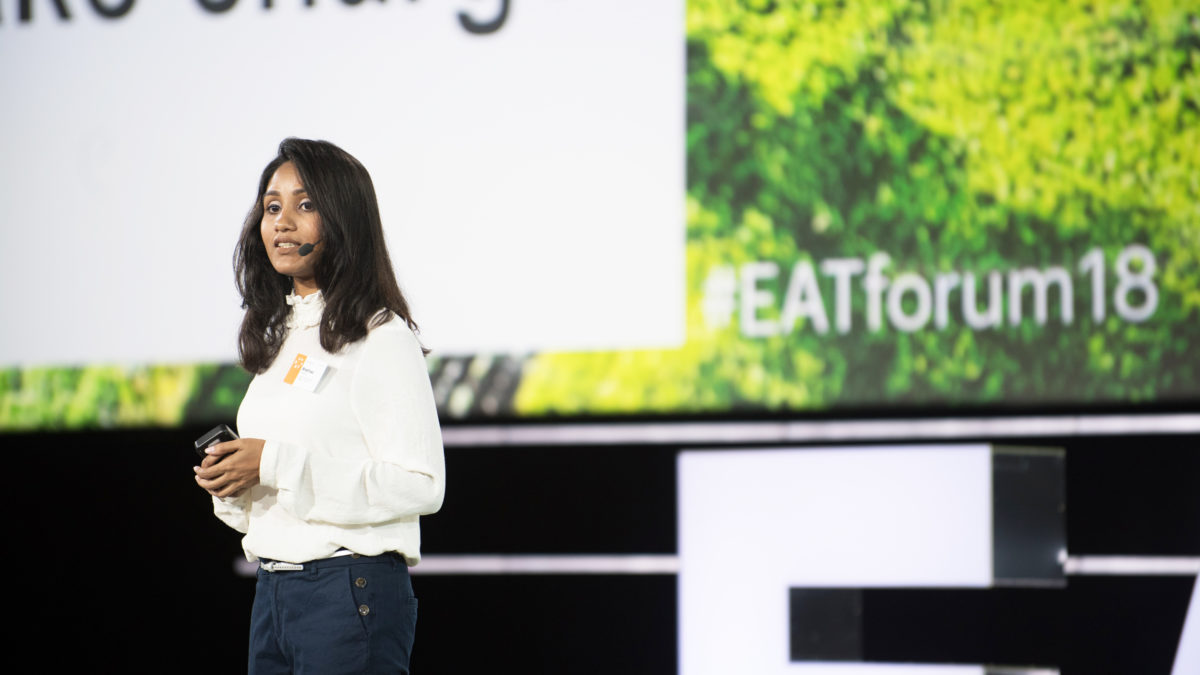 “This was a common scenario. No one bothered to do anything about it,” Hossein said in a talk at the 2018 EAT forum in Stockholm.

Then Hossein became a business student and suddenly waste became an opportunity. Together with three fellow University of Dhaka students, Hossein founded FoodFresh after winning the Thought For Food Challenge grand prize in 2015. FoodFresh’s solar-powered evaporation cooling system is designed to lower post-harvest losses for farmers and prolong the shelf life of fruits and vegetables for up to 10 days, according to Hossein.

“This simple solution allows and empowers small-scale farmers and vendors for a better bargaining power and consumers get access to healthy and nutritious food,” she said.

The aim is to enable small-scale farmers to store their produce affordably instead of being forced to sell or toss it straight after harvest because of a lack of funds to buy a refrigerator or the electricity to use one.

Yet even with a prize and initial funding for the startup, Hossein and her fellow founders struggled to get FoodFresh off the ground. It was only when they came into contact with communities like Thought For Food and Bayer’s Youth Ag-Summit that this changed, helped by the mentoring and support provided, according to Hossein.

“Just being around like-minded people can get you half the way,” she says. “We realized that we simply cannot give up.”

Now Hossein also works with initiatives including a group of students specializing in mushroom production and as a next-generation council member of Thought For Food.

In the Andes of Peru, a culinary superstar and his team are elevating traditional and indigenous food secrets that could set us on course to a sustainable food future.