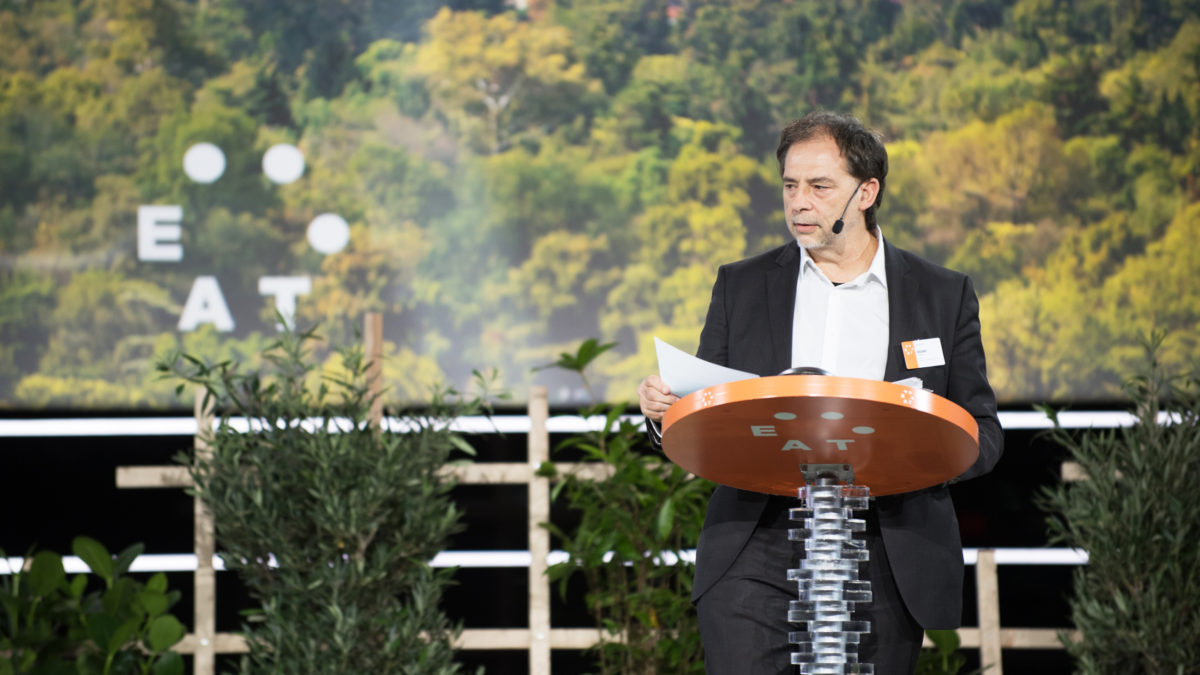 Chilean Senator Guido Girardi, a doctor, in 2007 first proposed and then helped push through a groundbreaking law two years ago that aims to transform the eating habits of 18 million people.

The law in Chile prohibits the advertising of junk food like potato chips and chocolate during television programs or on websites targeting young audiences. It also bans the sale of such products in the country’s schools and requires companies to clearly label food high in calories, salt, sugar or saturated fat.

The aim is to tackle surging obesity rates in Chile, which affect 36 percent of the population and 26 percent of children, according to Girardi.

“The right to know the real nutritional information of a product – to me, it’s a human right,” said Girardi, speaking at the 2018 EAT Forum in Stockholm. “If you don’t know, you cannot make a healthy decision.”

And studies show the law is having an effect. More than 68 percent of individuals in Chile have changed their eating habits and 20 percent of the industry has modified its products since the law went into force, according to Girardi.

The government is now also considering other health-promoting measures, including taxes on foods that are deemed “harmful,” he said.

The law introduced a new labeling system for packaged food that requires food companies to display black stamps shaped like a stop sign on products high in calories, salt, sugar or saturated fat. Companies are also prohibited from using publicity hooks like stickers, games or mascots to market these foods.

Since going into force, the law has compelled companies like Kellogg’s and Nestlé to remove well-known figures such as Frosties cereal’s Tony the Tiger and Nesquik chocolate powder’s bunny from their packaging and stop the sale of candy like Kinder Surprise that uses gadgets to attract young consumers.

“Children see 8,500 advertisements per year to promote this food in Chile,” Girardi said. “Due to their lack of nutritional value, these products should not be considered food but rather junk.”

Girardi says companies are using memetic advertising that relies on neuroscience to modify the behavior of children and promote junk food consumption. He calls this “child abuse.”

“One of the most widespread myths is that these chronic diseases are not transmittable. But they are highly transmittable, being spread through memetic advertising,” Girardi said. “There is solid evidence from epigenetics that indicates that obesity can be transmitted to future generations via the modifications of genes and biomes,” he said.

It took 10 years to implement the Nutritional Labeling and Advertising Law which has been strongly opposed by food companies. But Girardi, who first proposed the law, never gave up despite a “near absence” of support from the government led by former President Sebastián Piñera.

“We protested every day,” said Girardi, who now is a member of the ruling coalition of President Michelle Bachelet.