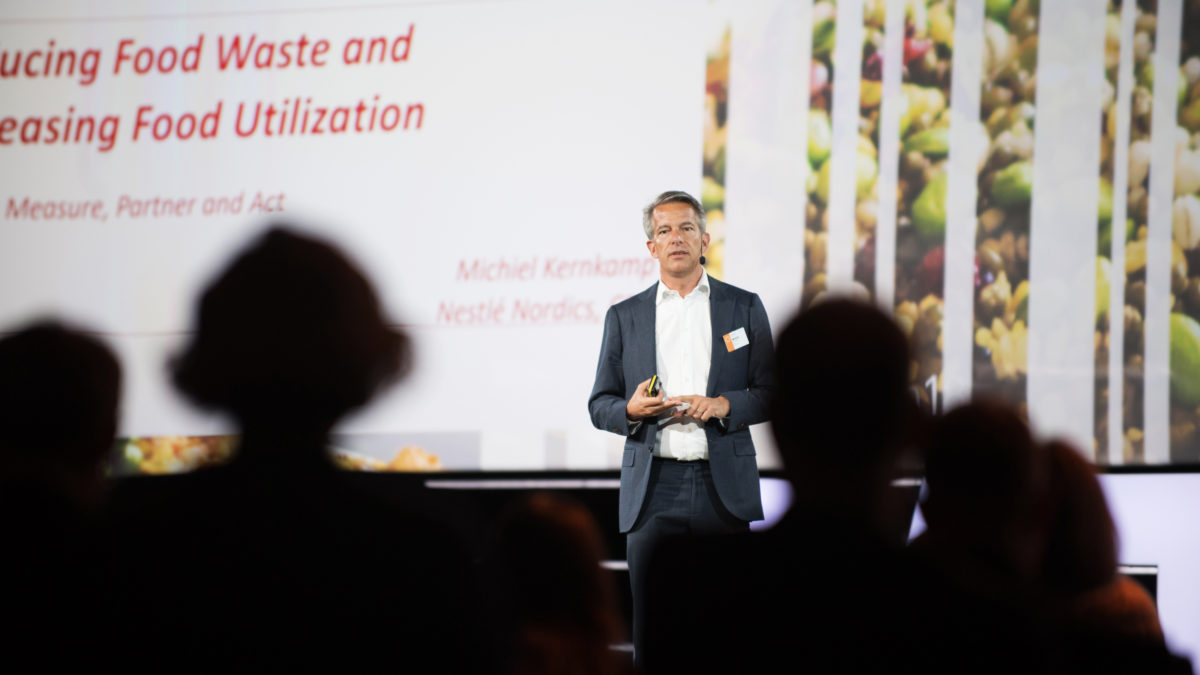 One third of food produced for human consumption is lost or wasted globally and a key reason is unpredictability in the supply chain, said the chief executive officer for Nestlé Nordics at the 2018 EAT Forum in Stockholm.

According to Kernkamp 48 percent of the food is lost in the harvesting process, 4 percent in production, 12 percent in selling and 35 percent in consumption.

The help could lie in a more consumer-triggered value chain, driven by digital technologies such as the connected fridge and recipe databases. This will reverse the value chain, leading to a significant reduction in food waste or an increase in utilization, Kernkamp said, adding “but we are far away from that ideal point.”

To date, Nestlé and other manufacturers and retailers have committed to several initiatives, including halving their food waste and working to introduce 100 percent reusable, recyclable or compostable plastic packaging by 2025. Other initiatives include a partnership with IBM to use blockchain to ensure food security.

Kernkamp also suggested one immediate measure to take the guesswork out of eating. Next time you book a meal at a restaurant, tell the staff what you plan to eat. Even if you change your mind, it will give the restaurant a better idea of what to stock up on, he said.

“My passion is to turn this into an app,” he said. “I think if we are able to do this, we can make a major impact tomorrow.”