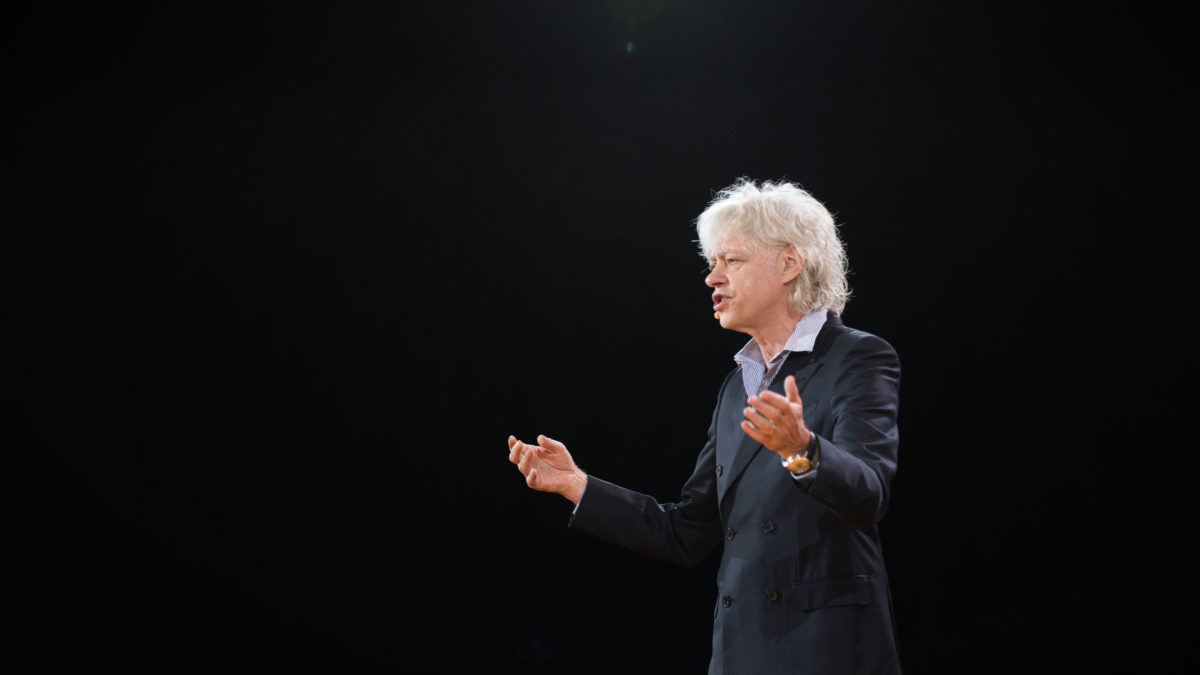 In 1984, moved by television pictures of the famine-stricken Ethiopia, Geldof established Band Aid and wrote the song “Do they know it’s Christmas”? The year after he organized simultaneous Live Aid charity concerts that were held in London and Philadelphia and were broadcast live to 165 countries across the globe. Band Aid and Live Aid combined raised 150 million USD to the Ethiopian case. 20 years later in 2005, the Live 8 concerts were performed in the same spirit and was a huge global fundraising event.  More than 1,000 musicians performed at the eight concerts, which were broadcast on 182 television networks to as many as 3 billion viewers.

Since then, Geldof has relentlessly continued his work as an activist.

Geldof is a world recognized musician, activist and founder of Band Aid & Live Aid. Today, Geldof is the chairman of the 8 Miles, a private equity firm he founded in 2010 that focuses on investments in African consumer-driven businesses. The fund raised $200 million in 2012 and usually places between US$15 million and US$45 million in each investment.

Securing a Healthy and Sustainable Food Future for Children: Advancing the CHEW Agenda

EAT and UNICEF convened 29 distinguished experts in food systems from across the globe for interactive planning and dialog to bring the program to life.

The Rockefeller Foundation and EAT co-hosted a virtual convening, that highlighted the critical need and unique opportunity for food system transformation in the wake of COVID-19 pandemic.