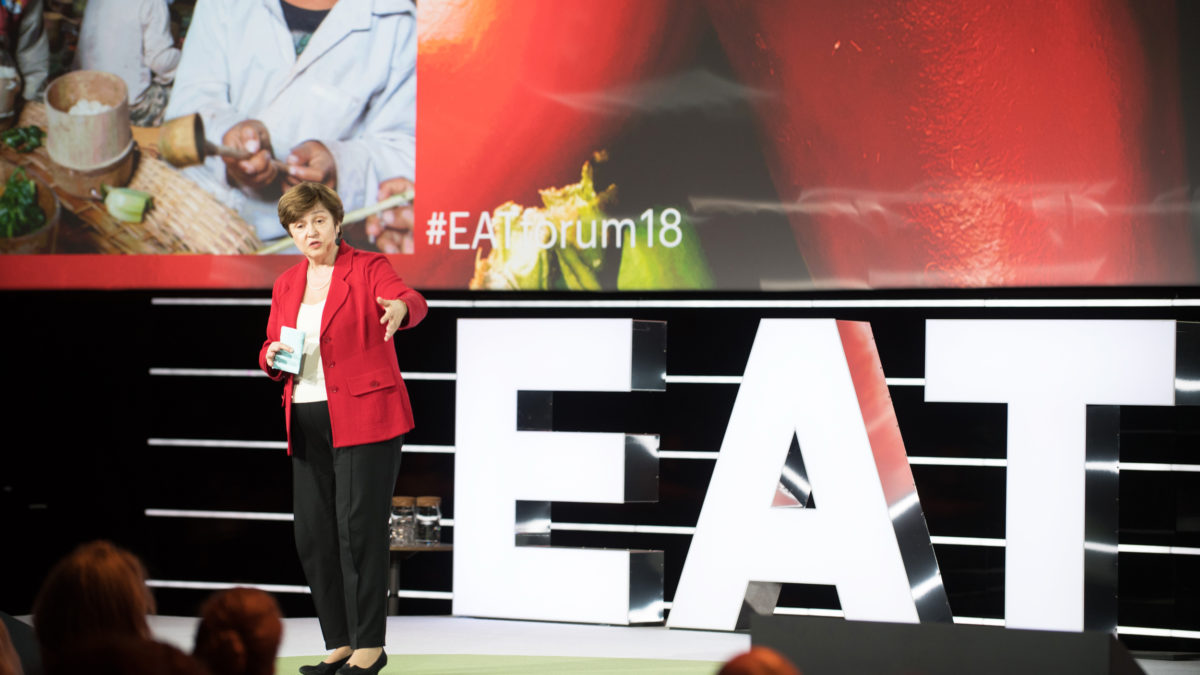 Any attempt at transforming something as big as the global food system will require the need to understand how food is at the core of many social and environmental issues. Indeed, during the 2015 EAT Food Forum Stockholm Resilience Centre director and EAT Trustee Johan Rockström stated that “if we get it right on food, we get it right for both people and planet.” In her talk during the 2018 forum, Georgieva not only stressed the importance of bringing together communities that normally don’t talk to each other, but also the need to understand and acknowledge how good stewardship of the planet is a prerequisite for human wellbeing.

“What we really need to talk about is people, planet, prosperity”

Georgieva, a Bulgarian national, helped shape the agenda of the European Union, first as Commissioner for International Cooperation, Humanitarian Aid and Crisis Response, managing one of the world’s largest humanitarian aid budgets, and later as Vice President for Budget and Human Resources, in charge of the European Union’s €161 billion (US $175bn) budget and 33,000 staff around the world. Prior to joining the European Commission, Georgieva held multiple positions at the World Bank, including, most recently, Vice President and Corporate Secretary (2008-2010), and from 2007 to 2008, Director for Sustainable Development in charge of 60% of the World Bank’s policy and lending operations.